SEK International School Catalunya was officially inaugurated on 9 September 1995, focusing its educational model on the student as the axis of its methodology, and establishing their learning needs as a priority, a challenge that they have achieved with great academic results from their students.

The opening day was attended by the International Olympic Committee’s president, Juan Antonio Samaranch, on behalf of Catalunya’s Generalitat, Minister of Education, Joan M. Pujals, and General Secretary of Sports, Josep Lluis Vilaseca, and on behalf of La Garriga’s Adjuntament, its mayor, Alfred Vila. Felipe Segovia, founder of SEK Education Group, discovered the plaque commemorating the inauguration of a school whose first director was Juan Sabaté.

Felipe Segovia also spoke some moving words about SEK-Catalunya the same day: “I did not come here to build a school, I’ve come to found a school, a school, in its epistemological sense, for the Greeks, is a place of leisure, of thought, of creative and shared reflection. And this is my goal, to make this house center of educational tension, Lyceum, Aristotle, of pedagogical logic; Academy, Plato, of cultivation of values and human improvement; College, Col.legi”

“To those who have opted for SEK-Catalunya, parents, teachers, all the gratitude I am capable of, and now, go ahead, the future is not written, its pages are blank, let us observe every day and record in writing how dreams come true with solidarity work, with prayer, with the illusion of being better and making better those who expect everything from us”. Concluded the Institution`s founder

During its quarter century of existence, SEK-Catalunya has relied on the Smart Classroom methodology for the training of its students, a guarantee of a meaningful and global learning to face the challenges of the 21st century. This philosophy develops the intelligence and values of each student according to their potential, in an atmosphere of freedom and autonomy, with the teacher as mentor and facilitator of the path undertaken, giving great importance to teamwork and adaptation to the environment.

An educational model reinforced by the International Baccalaureate programmes

SEK-Catalunya has strengthened the differentiating features of its educational model, with three programmes run by the International Baccalaureate Organisation (IB) for students aged 3 to 18

Among its historic achievements, the centre has been accredited by International Baccalaureate Organization to teach the Intermediate Years Programme (MYP) in 1997; the Diploma Programme (DP) in 2005; and the Primary School Programme (PYP) in 2010. National Baccalaureate has also reported many years of success for SEK-Catalunya, as its students have achieved 100% of passed in the university entrance exam (EvAU) consecutively in the last thirteen years

The international aspect of the school has recently been reinforced, thanks to the authorization obtained in 2015 to teach the Duke of Edinburgh’s International Award, its membership to the CIS and its recent accreditation as NEASC. Also, the construction of a new International Boarding School in 2018.

Sports is another area that SEK-Catalunya has reinforced in recent courses, with the inauguration of paddle courts in 2018 and the artificial grass football field in 2019.

“I am convinced that SEK-Catalunya will adapt to the changes in education in the future, with the challenge of achieving personalised learning, and will inspire every pupil over the next 25 years to find and pursue their passions and interests, as our founder, Felipe Segovia, would have liked”, says Roberto Prata, principal of SEK International School Catalunya. 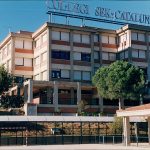 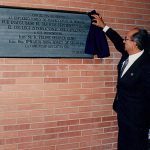 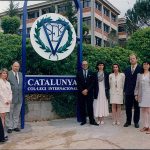 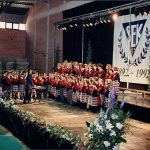 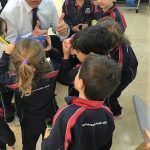 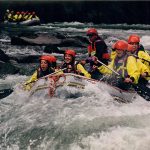 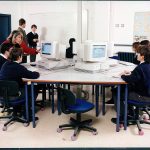 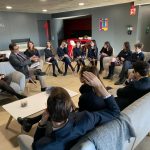